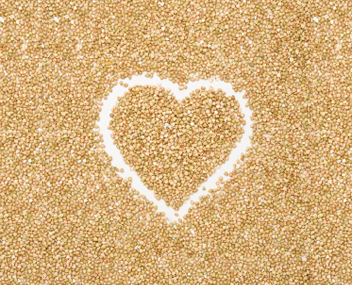 Buckwheat should be boiled for 15 to 20 minutes.

How to cook buckwheat

1. Sort out your buckwheat before cooking it; it is important to remove any pebbles and debris.
2. Rinse buckwheat under cold running water and drain it.
3. Preheat the pan, put buckwheat in it, toast it in a dry pan for a couple of minutes at low heat - it makes beans crumby when cooked.
4. Pour cold water into the pot, there should be 2,5 as much water as buckwheat: 1 cup of buckwheat for 2.5 cups of water. Add salt.
5. Pour buckwheat into water.
6. Bring to boil at low heat, pour 1 teaspoon of dairy butter.
7. Cook buckwheat covered with a lid at low heat for 20 minutes.
8. Serve buckwheat with butter and greens as a side dish.

Buckwheat ina multicooker without cooking
1. Sort out and rinse buckwheat groats, toast it in a dry multicooker set to "roasting" mode for 5 minutes to make them crumby.
2. Boil water in a teapot, pour buckwheat with boiling water to cover it, add some salt.
3. Set the multicooker to "heat control" or "heating" mode.
4. Leave it at this mode for an hour.
5. Add some butter and leave the buckwheat closed for another 10 minutes.
How to cook buckwheat in a steamer
1. You need to take 2 cups of water for 1 cup of buckwheat.
2. Pour 1 cup of buckwheat into 2 cups of water, cook for 40 minutes.
3. Before cooking, add salt to the raw rinsed buckwheat and add some butter at option.

Buckwheat cooking tips
Before cooking buckwheat sort it out - grains may have pebbles that are very harmful for teeth when come with food.

- Do not stir buckwheat in the process of cooking.

- Buckwheat should be cooked in a thick-walled sauce-pan or a cooking pot.

- You may wrap up bolied buckwheat with a blanket for steaming for 20-30 minutes.

- Buckwheat can be cooked with milk: you will get a perfect buckwheat porridge for children. Take 4 cups of milk for 1 cup of buckwheat, boil at low heat for 35 minutes. Season it with salt, sugar, add butter at the end of cooking.

- When boiling, skim may appear - it should be taken off by a tablespoon or a slotted spoon.

- If you want to cook buckwheat fast, bring water to boiling at high heat, then reduce to medium heat and go on cooking.

- You can add lemon or lime juice, soy or tomato sauce - they can make it tastier.

What kind of water is suitable for cooking buckwheat.

Buckwheat is to be poured with cold water. It doesn't matter if you pour hot water into buckwheat, but then it will be be done for 3-5 minutes longer.

How much water should I take to boil buckwheat?
At the ratio of 2.5 to 1. There should be 2.5 times more water than buckwheat. 1 cup of buckwheat to 2.5 cups of water.

How to add salt to buckwheat while boiling?
Put buckwheat into salty water.

How does volume of buckwheat change while boiling? Buckwheat increases twice in the process of boiling.

Soak apricots in hot water for 10 minutes, chop half of apricots (ideally into mashed consistency), cut another part of apricots into strips. Mix an egg, honey and cheese together. Add boiled buckwheat into a bowl with mixed egg, honey and cream cheese. Put half of the mass into the form and put dried apricot slices on it. The rest of cheese and buckwheat mass should be put on top. Cook in oven at 170° C. The form should be covered with foil and cook the dish for 15 minutes, then remove foil and bake another 10 minutes.